The Arts Are Good for Your Health

Creative Health: The Arts for Health and Wellbeing 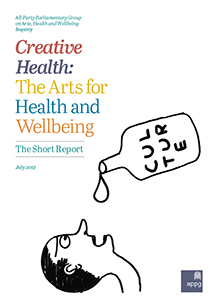 Published in July 2017 this report sets out research, evidence gathering and discussions with patients, health care professionals, artists, MPs and policy makers. It was produced by the All Party Parliamentary Group on Arts, Health and Wellbeing following two years of inquiry.

I've attended several APPG meetings over the last couple of years and noticed a commitment from all in the room, including cross party MPs, to the idea the arts are beneficial for health and wellbeing.

The report produces evidence to show: "...how arts-based aproaches can help people to stay well, recover faster, manage long term conditions and experience a better quality of life. We also show how arts interventions can save money and help staff in their work."


It recommends the National Institiute for Health and Care Excellence (NICE) includes the use of the arts in healthcare in its guidance where evidence justifies it.

It also hopes that:

That's a call out to all arts and health and wellbeing practitioners for sure!

Contact Alexandra Coutler on: coultera@parliament.uk to show your support.
Posted by WordWell Writing Workshops at 15:11

Reasons To Be Cheerful

It's February. We've already had three months of the light fading early. Some days the weather's cold and crisp, on others stormy and wet. At this time of year it can be challenging to be cheerful. 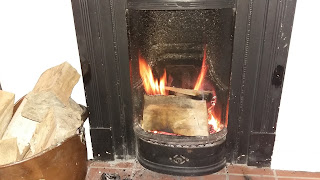 It also fits with the gratitude practice which is gaining in popularity and impact. This suggests writing three things you're grateful for each night before sleep. (Link below)

Reasons To Be Cheerful: Part 1

Write down as many reasons to be cheerful you can think of. Let your pen flow, be specific. Here are some:

Part 2
Pick one and write about it for 10 - 15 mins. Write why it makes you cheerful, describe it in as much detail as you can using all your senses. Get in touch with the feelings it inspires as you write. Write about the feeling.

Part 3
Share your reasons to be cheerful with some one else.

Here are Ian Drury's Reasons To Be Cheerful

And a link to: The Science Behind Gratitude

Email ThisBlogThis!Share to TwitterShare to FacebookShare to Pinterest
Labels: reasons to be cheerful, winter, writing for health and wellbeing 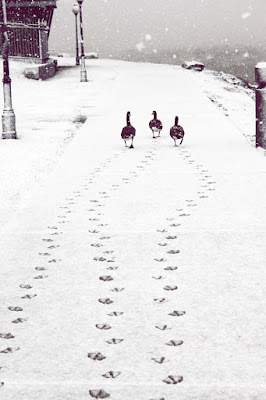 "Ducks in Ponchos" - see story below

When I was studying how to facilitate writing groups and group dynamics,  I remember one of the tutors saying it was good to bring laughter into a group.

I've always enjoyed laughing. At the time with little experience of running groups I thought it might be necessary to manufacture these opportunities or even pretend. This is definitely an aspect especially in groups where laughter may not come easily to participants. And it's the basis of Laughter Therapy where, put simply, you pretend it's funny until it really is.

But it's also about being open to the opportunity for laughter, seeing the lightness in things, encouraging laughter that's within to find an outlet in the group.

I began to practice this in the groups I led in schools, holding space for students to write creatively and expressively over 6 - 12 weeks. In today's school system this is a rare and valuable opportunity, giving time for connection and storying in a safely held environment.

Humour was a useful tool in settling students into an unusual activity. Sometimes they seemed surprised by my attempts at humour - I can't say they were jokes - I hadn't rehearsed them! They were of the moment quips about inconsequential day to day stuff. Often I made light of something I'd done or thought. And then I'd laugh. And  after a while the students joined in. Gradually over the weeks they became more relaxed, were eager to attend and able to share in and appreciate the humour of each others' stories.

And it was never about laughing at anyone. It was about laughter that connects, not divides, through good humour and fun.

This is not to forget the sadness that can be present in a group too. Writing releases emotion. Laughter and tears are both bodily responses to finding and sharing words. Holding a space that's safe enough to find the words and allow the connection with a bodily felt response is key to the work involved in facilitating a writing group for health and wellbeing.

Recently in a long running group for a London mental health charity, the photo above of three ducks in the snow provoked hilarious laughter after a theme of coats emerged during the session. Ideas were bouncing around culminating in one participant suggesting the ducks wore ponchos. Her infectious enjoyment set the group off laughing.  We were all involved, there in the present moment laughing together about the juxtaposition of words, ideas, sounds and images and the funniness of ducks and us finding it all so funny. You needed to have been there! The feeling was great.

Laughter is a big connecter. It dissolves awkwardness and barriers between people. It's democratising. It's also good for our health. Isn't it a lovely feeling to have a really good laugh?
Posted by WordWell Writing Workshops at 09:00

Email ThisBlogThis!Share to TwitterShare to FacebookShare to Pinterest
Labels: laughing, laughter, laughter is good for your health, laughter therapy, writing groups for health and wellbeing

I sometimes ask participants to write down how they're feeling at the start of the session. 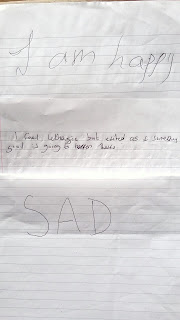 They do this anonymously on pieces of paper which are collected in a container, shaken up and then shared by writing them onto the board. This reduces anxiety for group members around sharing how they're feeling. It may also increase openness.

People may find they've used the same word or feeling as someone else.

The exercise encourages connection and understanding.It also acknowledges, validates and allows expression of the feelings in the room.

It makes me aware of the range of emotions which can be present in a workshop at any moment.

These were the feelings at the start of a creative writing workshop for parents of children with disabilities earlier this year.

Email ThisBlogThis!Share to TwitterShare to FacebookShare to Pinterest
Labels: expressive writing, feelings in the room, feelings into words, finding words for feelings

The Power of Stories

Writing in Response to Other People's Stories

This post relates to the first of several I've written over the summer inspired by current news topics. 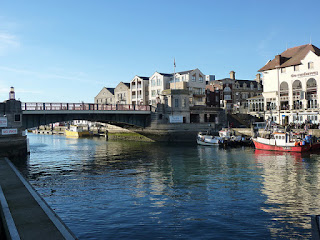 The inspiration was the release of the film Dunkirk and it's link to Weymouth. It brought to mind a story my cousin Keith told me about his Mum.

Keith messaged me recently. He'd been in Dublin staying with his friend Padriac. He said, "I told him the story of my Mum's golden rose necklace from the Dunkirk evacuation.  He wrote this poem for me after seeing a picture of it and I think it's wonderful!"

A French Rose for an English Girl

He kissed the ground
he kissed the air.
He waved to strangers on the shore
there greeting him, as he arrived
in Weymouth from Dunkirk.

The French arrived without their boots
from bloody fields in Normandy,
grateful to be saved
from death, by tiny boats.

My mother stood above the rail
and saw survivors climb to land
from baby ships that risked their lives,
to pluck the French from German hands.

But a girl of fourteen years
she still recalls as if last week,
the soldier who threw this gift
a bracelet that she holds today.

A dainty silver rose
his precious chain - who knows?
To an English girl in a Weymouth crowd
a Dorset rose today.

Why do we kill those we do not know?
Why to stranger do we throw
our dearest charm in life?  -
To the young English girl who
became my father's wife.
Posted by WordWell Writing Workshops at 05:53